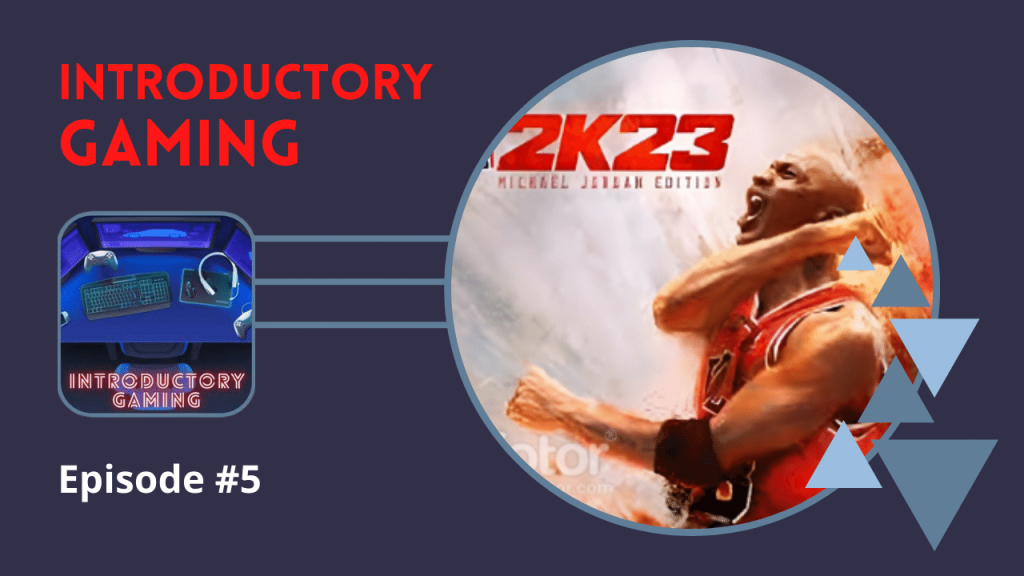 You are listening to the Introductory Gaming podcast with your host(s) Duke and Yash.

In this episode of the Introductory Gaming Podcast, we will be shifting the genre to sports games. First on our agenda is one of the most popular in the genre, NBA 2k23. This podcast will detail what the game is about, the fundamentals of how to play, and we will also participate in a mock draft. For this episode, we brought in a recurring student guest, Anish Ponam.

For our first segment, we’re going to give a brief overview of the game NBA 2K23. 2K23 came out very recently as it was released on September 8, 2022. NBA 2K23 is a basketball video game developed by Visual Concepts and published by 2K Sports, and it is based on the National Basketball Association (NBA). The game featured is similar to its predecessors, however, it has updated rosters and new features. 2K23 has every current basketball player programmed into the game, and each player has a rating that corresponds to their skills in real life. You can pick any of the 30 teams in the league and play as them. You can play this game with your friends either by playing on the same console with two controllers or by playing by yourselves online. If you’re by yourself, you can play against the AI or even indulge in the Career Mode.

In this segment, we will be playing a minigame with our guest. For this episode’s minigame, we will be partaking in two mockdrafts. The first mock draft will be restricted to current players while the second one will be open to all-time players. The rules of the draft are as follows: We will take turns selecting players from the game that we want. If somebody takes a player, you are no longer allowed to use them as that wouldn’t make sense. Each person will devise a five person squad with a point guard, shooting guard, small forward, power forward, and a center. In the end, we might discuss to see whose squad is the best. Finally, we will repeat this process with all-time players. For the people watching, feel free to draft with us to see if your instincts are similar to ours.

In this segment, we will just voice our opinion of the game.

—Rate it or Hate it

Well, that’s it for our episode, tune in next time where we will talk about Madden. We have a special surprise planned for the next episode. So we’ll see you then, buh bye.

About the author, Yash