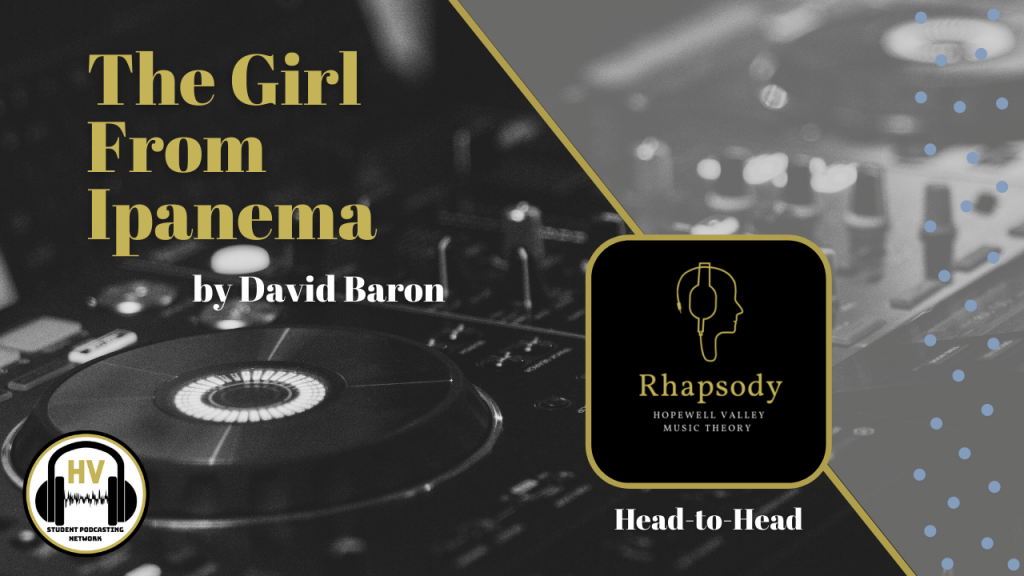 Head to Head: The Girl From Ipanema

Today’s blog is a Head to Head and will analyze the similarities and differences between two different versions of the song “The Girl From Ipanema”, originally written by Antônio Carlos Jobim and Vinícius de Moraes. The two recordings are by Stan Getz and João Gilberto, and Frank Sinatra and Jobim.

Bossa nova is a style of samba music that originated in Brazil in the 1950s and 60s, characterized by its syncopated rhythm and minimalist instrumentation. The term literally translates to “new trend” or “new wave”, but the exact origins of it are unclear. The word “bossa” is old-fashioned slang in Brazil for something done with charm or flair. Typical instruments used include the classical guitar and drums. Antônio Carlos Jobim and Vinícius de Moraes as well as João Gilberto are important pioneers of the genre. 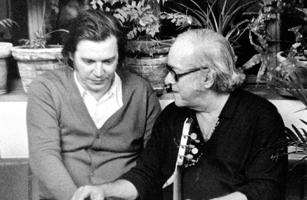 In 1964 Stan Getz and João Gilberto released their album Getz/Gilberto, to mass critical and commercial success. The album spent 96 weeks on the charts and won 4 Grammys, including Best Album of the Year. It has since become one of the most important jazz and bossa nova albums of all time, and is considered to have popularized the bossa nova genre worldwide. 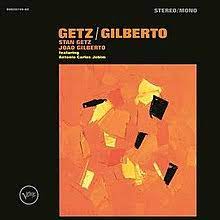 The first song on the album, “The Girl From Ipanema” is a bossa nova standard, meaning a popular composition that has become part of the standard repertoire for the genre. It is believed to be one of the most recorded pop songs in history, second only to “Yesterday” by The Beatles.

This recording is likely the most well known version of the song. Played in the key of Db, it begins with Gilberto’s soft humming and guitar plucking, then transitions to the first verse, which is sung in Portuguese. Subtle bass (Sebastião Neto) and percussion (Milton Banana) starts to play, and a light piano follows, played by Jobim.

A new voice begins to sing during the chorus, the voice of Gilberto’s wife at the time, Astrud Gilberto. The song was her vocal debut, and she sang lyrics in English, written by Norman Gimbel.

After another verse and chorus, Getz begins a saxophone solo, and the percussion picks up in energy slightly, followed by a piano solo, then a final chorus and outro, with Getz playing alongside the vocals. 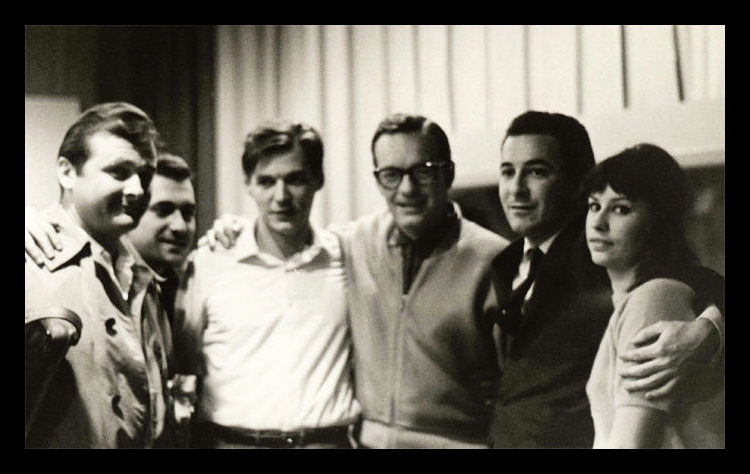 The success of Getz/Gilberto led to an explosion of the popularity of bossa nova in the United States, propelling its creators to immense international success. Jobim’s work was featured by prominent jazz singers such as Ella Fitzgerald and Frank Sinatra, the latter of whom he would release an album with in 1967, aptly titled Francis Albert Sinatra & Antônio Carlos Jobim. The album peaked at number 19 on the Billboard 200 chart. 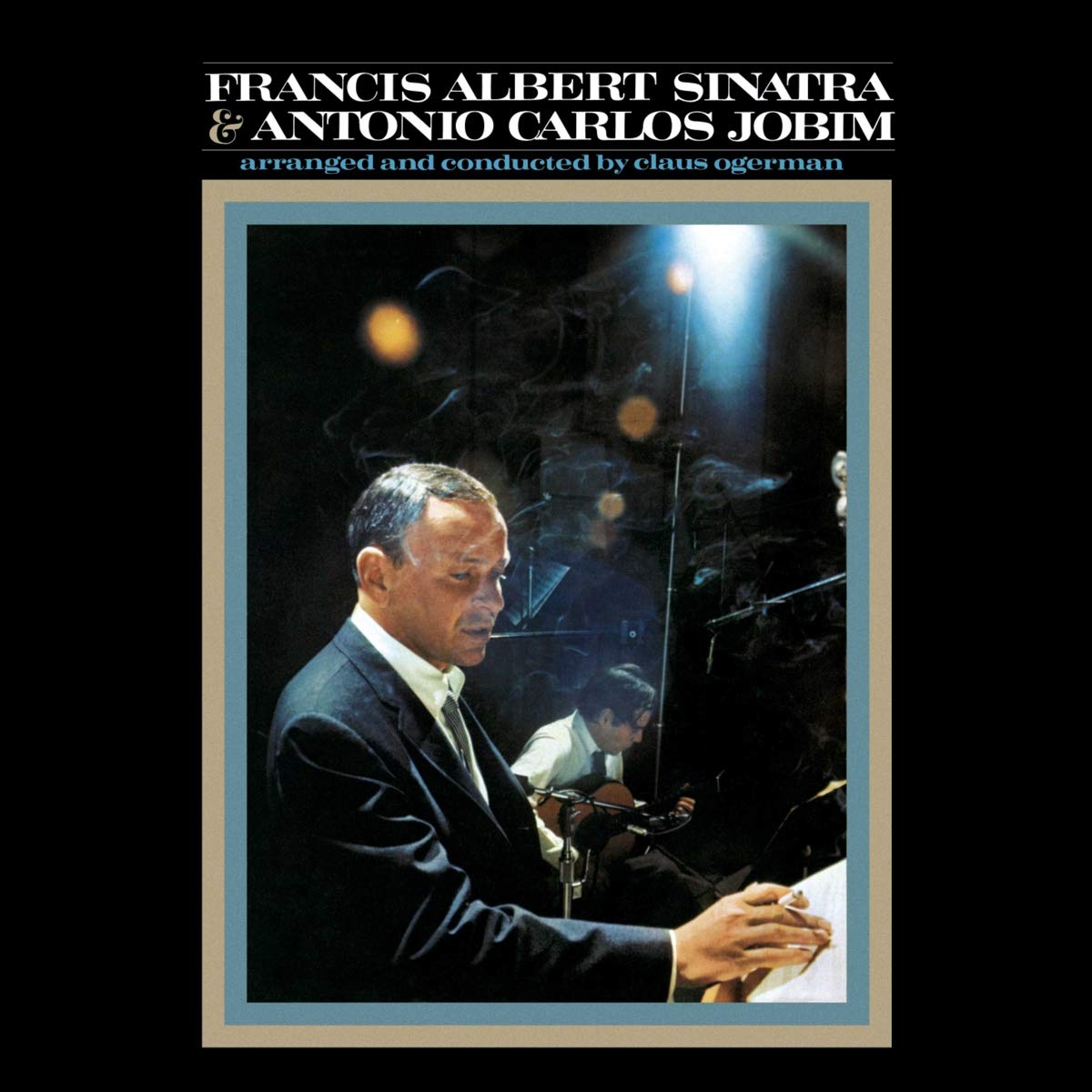 Also the first song on the album, Sinatra’s version of “The Girl From Ipanema” features a combination of traditional bossa nova instrumentation (classical guitar, soft drums) as well as typical American orchestral jazz instruments (horns, a string section). Sinatra sings the English lyrics while Jobim sings in Portuguese, similar to how the Gilbertos trade off in the Getz/Gilberto recording. An interesting difference is the key the song is played in, F. Depending on the origin of the recording, the key of the song usually changes. Most Brazilian versions play the song in Db, while American recordings are typically played in F. 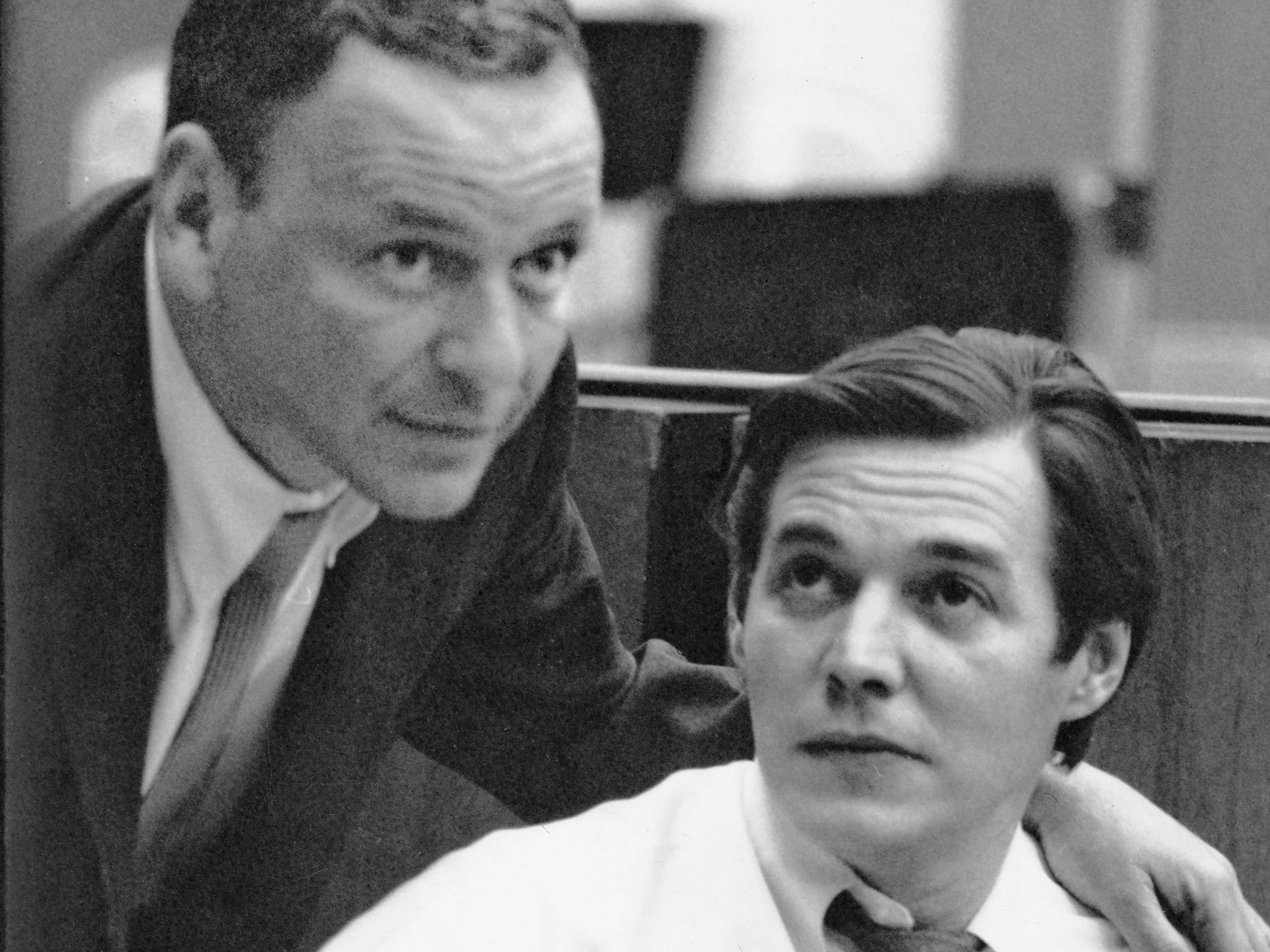 The two versions of “The Girl From Ipanema” are both very similar and different at the same time. As previously mentioned, the songs are in different keys, due to their American and Brazilian origins. Elements of the instrumentation are different as well, with Sinatra’s containing horns, reeds, strings, etc. It is more filled out than the minimalism of the Getz/Gilberto recording. The Sinatra version also is more focused on the vocal performance, as is most of his discography. Due to Stan Getz’s role in his version, there is an additional instrumental emphasis as well, coming from the saxophone and piano solos in the second half of the song.

The two recordings are still recognizably the same song despite their differences. For instance, both versions utilize multiple singers singing in English and Portuguese. They both have recognizable bossa nova instruments, such as the softly played classical guitar. In addition to the main melody of the vocals, the same countermelody is heard in both versions. In the Getz/Gilberto recording, it is played on a piano, while the string section plays it in the Sinatra version.

The Girl From Ipanema Today

Bossa nova and “The Girl From Ipanema” continue to have a lasting impact today. Many singers have released their own versions of the song, including Nat King Cole and Amy Winehouse. The mascots of the 2016 Olympics held in Brazil were named Vinicius and Tom, for the writers of the song, which saw an increase in popularity following the ceremonies. Spotify reported a 1200% increase in streaming, and the song reached number 5 on Billboard’s World Digital Songs chart the following week. The Brazilian edition of Rolling Stone voted it as the 27th greatest Brazilian song in 2009, and it was inducted into the Latin Grammy Hall of Fame in 2001. It has been added to the Library of Congress’ National Recording Registry, proving its significance to music and the world.