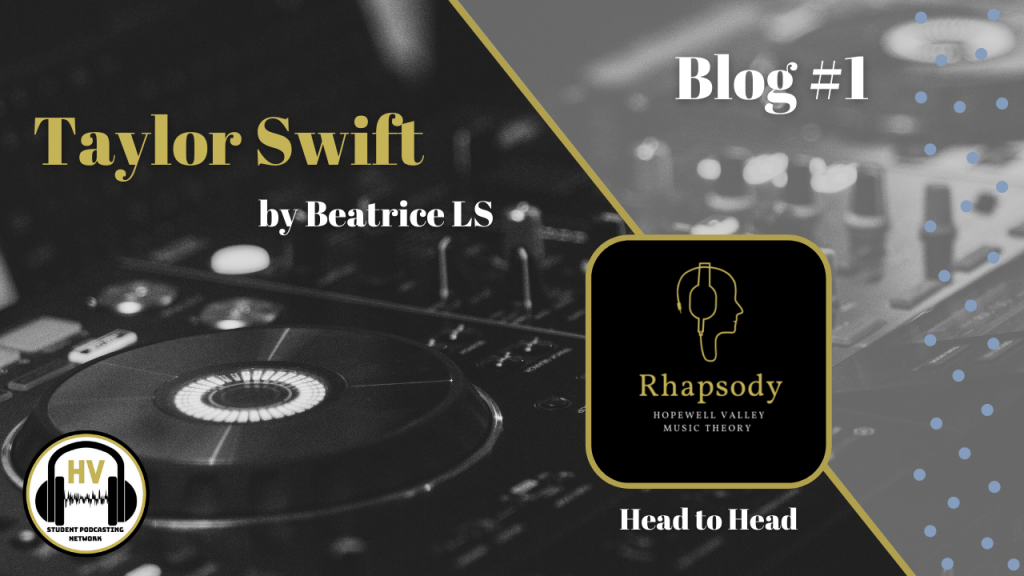 Today’s blog is a head to head where we’ll be looking at two of Taylor Swift’s most recent songs, dorothea, from her album Evermore, and seven, from Evermore’s sister album, Folklore.

The Folklore of Childhood in Taylor Swift’s seven and dorothea

While most of us have been under quarantine during this pandemic, trying to find ways to live normal lives under challenging circumstances, Taylor Swift set up a home studio where she amazingly wrote, recorded, and released two full length albums during this time. Folklore was released on July 24, 2020, and Evermore was released on December 11, 2020.  Both albums were surprise releases, with announcements only being made a few hours before their release. Both were also hugely successful, debuting at number one on charts all over the world, including Billboard 200. Both albums were departures from her previous album, Lover, thematically, lyrically, and musically, adopting a third-person storytelling approach and rotating fictional characters. One can’t help but wonder if writing in quarantine with an increased feeling of privacy allowed Swift to tap into a more meditative side. It certainly caught my attention, so for this blog, I will be analyzing and comparing one song from each album that are great examples of this approach, seven (from Folkore) and dorothea (from Evermore). 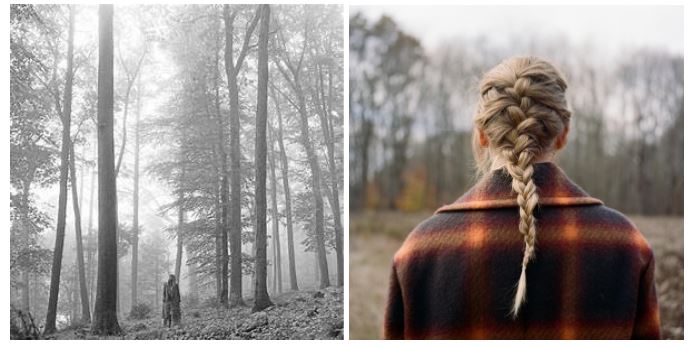 Seven is the 7th track on Taylor Swift’s 2020 album, Folklore. Dorothea is the 8th track on Evermore. Both songs were co-written by Taylor Swift and Aaron Dessner, and both involve memories of a childhood friend, although each song approaches these friendships from different angles, and evokes different emotions stemming from childhood memories.

Seven is a beautiful folk song that starts off with soft singing, and has a sad and melancholic tone. The song centers on a friend who appears to be experiencing a painful childhood, and the tone of the singing reflects that pain. The music itself is soft and airy with a smooth, stream of consciousness feeling. It opens with a soft piano, accompanied by very slight guitars in the background.  Eventually other instruments come in, including drums, a bass guitar, and a string section, but the music remains subtle throughout.  This song is a story the speaker tells herself about her childhood friend, and pays tribute to what that relationship meant.

Dorothea starts off with more upbeat and confident yet airy vocals, which are fitting; this song involves someone remembering fun high school memories of a friend who went on to become famous. Although there is reminiscing about the past, this song is less melancholic. The music is similar to seven in certain ways, it starts off soft and has a honky-tonk piano, a tambourine, and guitar. Both songs are in the key of E, but dorothea keeps it simple and positive, just playing a chord progression of E-B-A-B, while the more emotionally complex song, seven adds in the C#m and F#m chords, which seem appropriate for the darker subject matter. In terms of structure, Dorothea also contains mostly 3rd and 5th intervals, most of the chorus hangs on the G# and E, which leads to a feeling of consonance which is perfect for the more upbeat theme of this song. In comparison, seven is a much more complex song about a dysfunctional childhood, and as a result, contains more dissonant 2nd intervals.

Lyrically, both songs are looking back to childhood friendships, but the nature of those memories are very different in each song. Seven is remembering a time when the main character was seven years old. This song seems more personal to Taylor Swift, she mentions Pennsylvania, where she grew up. It feels more intimate and although she admits she doesn’t remember her friend’s face, she remembers details about swings, braids, and secrets they promised to keep (“cross your heart, won’t tell no other”). In addition to the personal nostalgia of the speaker who laments, “I hit my peak at seven”, there is a sadder story: This is a recollection about a childhood friend who doesn’t have a good family life. Her “dad is always mad” and the narrator asks her to run away with her, saying “pack your dolls and a sweater, we’ll move to India forever.”  The narrator wants to help her friend escape to a happier place, and one wonders whether she actually managed to escape in adulthood. I liked the song’s ability to portray the magical aspects of childhood while also showing how for children who experience abuse or neglect, this magical time is also a time of powerlessness.

Dorothea is, by comparison, a more upbeat song which takes place in both the present and the past, as the narrator is remembering someone she once knew who is now famous. This song seems less painful and perhaps less autobiographical than seven (she mentions living in Tupelo in this song). Although the song is about someone with a name, it feels less intimate than seven, and seems to be about someone the speaker shared a momentary relationship with. Although she still longs for Dorothea to come back to her, she also seems to have cut her losses and is still living in the present. The lyrics surround doing fun things together (“making a lark of misery” and “skipping the prom just to p*** off your mom”) but Dorothea has moved on to a big city with new friends and is possibly an actor or model (“selling makeup and magazines”). This song also involves more idealization of childhood, compared with seven. The narrator says, “This place is the same as it ever was…but you don’t like it that way” and repeats the lines: 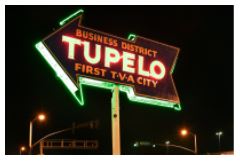 To come back to my side

The stars in your eyes

The narrator suggests that Dorothea seemed happier at her rural home than she is now, surrounded by “Shiny new friends” as she also asks “if you’re ever tired of being known for who you know” – suggesting this adult lifestyle and apparent success might not be as fun or as fulfilling as it sounds.

Interestingly, both songs involve a relationship between two girls (although the gender of the friend in seven is not stated, there are mentions of things like dolls and braids. If this song is about a boy, then that is pretty cool as well because he is defying gender norms, which probably wasn’t very easy in Pennsylvania in the 90s.) Although nothing explicit is stated, there are multiple hints that the relationships could be romantic in nature. In seven, there is one line about how the friend should run away with her so she “won’t have to “hide in the closet” which could have a double meaning–perhaps she is hiding both literally and figuratively. The character states her love for her friend multiple times. Both characters share a secret of some type (“cross your heart won’t tell no other”).  And lastly, the line “Please picture me in the weeds / Before I learned civility / I used to scream ferociously / Any time I wanted” seems to hint that the character misses when she was young and felt free to express her feelings, before she learned to repress them because society would not accept her true nature.

Dorothea also contains hints about the character’s sexuality, for example, the characters reject heteronormative traditions by “skipping the prom” together, and as in many movies about teen romance, they meet each other discretly under the bleachers (“But are you still the same soul I met under the bleachers”). Taylor Swift has used the terms “starry eyes” or “eyes full of stars” in other songs describing romantic relationships before, including this one. Also, even if this song was platonic, that would make the narrator a friend of Dorothea, which is similar to “a friend of Dorothy”, a term which was used before World War II in the gay community to secretly identify each other at a time when homosexuality was still illegal.

Taylor Swift is one of the most successful and prolific songwriters of our generation, and these songs are examples of her uniquely compelling songwriting skills. She employs techniques that reinforce the theme of each song to create a cohesive picture that transports the listener into the mind of the narrator, while creating memorable melodies and rhythms. These two particular songs are gems in twin albums that mingle wistfulness with raw emotion, but that take a more restrained, storytelling approach than Swift’s previous work. Her first album was released in 2006, and she has released nine albums since then.  Though a well-known musician who receives plenty of exposure, it’s easy to see how this music will stand the test of time. I’m looking forward to many more releases. 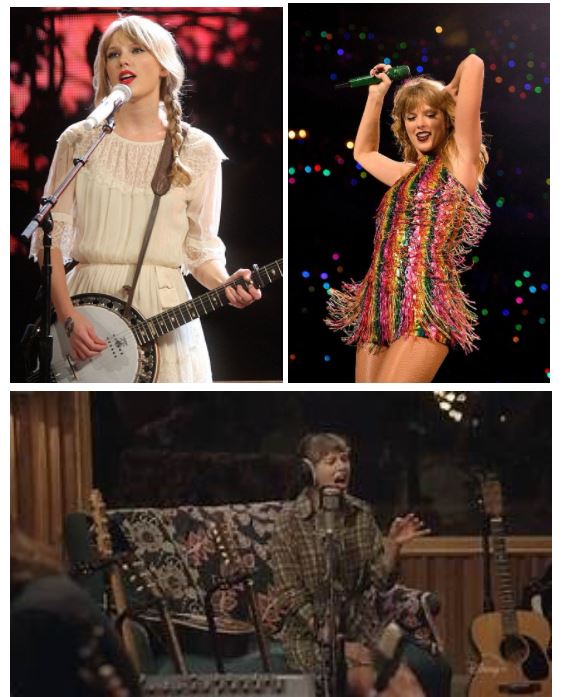